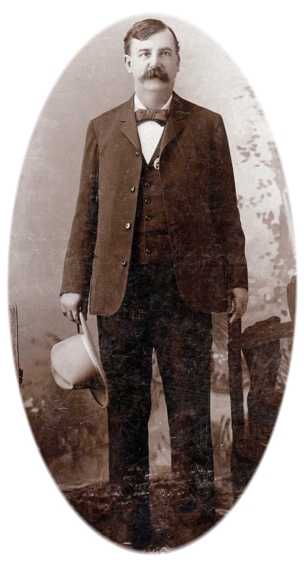 One of the West’s most effective lawmen, Henry Andrew “Heck” Thomas, was born on January 3, 1850 in Athens, Georgia to parents Lovick and Martha Thomas.  When the Civil War broke out, Heck’s father and two of his uncles joined the Confederate Army.  Heck was twelve years old and he accompanied them as a courier, traveling to the battlefields of Virginia.

Heck was present at the Second Battle of Bull Run.  When Union General Philip Kearny was killed, General Robert E. Lee personally ordered Heck to return Kearny’s horse and belongings to his widow.  Years later he recounted the story to his brother Lovick:

One evening while the fight was going on or, rather, just before dark, a soldier came to the rear where Uncle Ed’s baggage and the darkies and I were, leading a black horse with saddle and bridle. He brought also a sword. Just after this, Stonewall Jackson crossed over into Maryland and captured the city of Frederick; that was after taking Harper’s Ferry (now West Virginia) and about 14,000 federal prisoners. These prisoners were held by Uncle Ed’s brigade, while the army was fighting the Battle of Sharpsburg. We could see the smoke and hear they cannon from Harper’s Ferry. While we were at Harpers Ferry, General Lee sent an order to uncle Ed for the horse and equipments. I carried them forward, and it was one of the proudest minutes of my life when I found myself under the observation of General Robert E. Lee. Then General Lee sent the horse and everything through the lines , under a flag of truce, to General Kearney’s [sic] widow. I had ridden the horse and cared for him up to that time, and I hated to part with him.