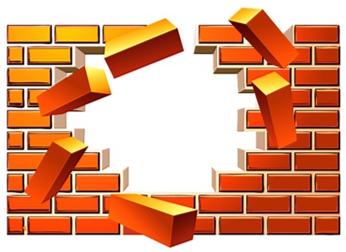 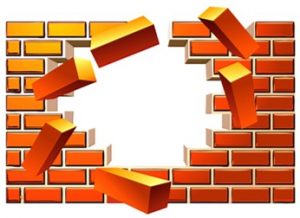 Genealogy is not for the faint of heart.  I don’t think any serious family history researcher would dispute.  How many times have we moved our way up a particular line only to discover either a HUGE brick wall or something which negates all the research we’ve done up to that point?  As this post’s title implies sometimes we have to take something apart (or outright destroy!) and put it back together in order to move forward.

Sometimes research for articles works that way too.  Since beginning publication of Digging History Magazine in January 2018, I have taken a number of articles previously published at the blog and refreshed them with new research — often re-writing the entire story.  Such was the case of the November-December 2019 issue and “The Dash” column.  “The Dash” is basically the same premise as the “Tombstone Tuesday” blog articles — “The Dash” referring to a person’s life between birth and death (between the dash).

On April 8, 2014 I published a “Tombstone Tuesday” article about Lycurgus Dinsmore Bigger, someone I came across while researching a story of the family name “Bigger Head” (I have also refreshed this article — details below).  This is how I ended the original (2014) 1100-word article:

So, today’s article presented a challenge but still yielded some information about Lycurgus Dinsmore Bigger and his family. Martha’s family genealogy was the most helpful in piecing together their lives and then following up with census, immigration and draft registration records. Still, it isn’t a complete picture, but certainly indicative of the difficulty of historical and ancestry research when one hits a “wall” due to inconsistent, or simply a lack of, reliable information.

Over five years later, here is how I began and ended the 5000+ word article which is included in the November-December 2019 issue of Digging History Magazine:

This article constitutes a major re-write of an early “Tombstone Tuesday” blog article. Back then I didn’t yet have access to the major subscription newspaper archive sites, and I struggled to find details about a man named Lycurgus Dinsmore Bigger and his family. Apparently I didn’t do a very good job of utilizing genealogical records either – boy was I green! This re-write is another great example of how vital newspaper research is to genealogists. . .

I’m fairly sure the 2014 article was chosen because of the unusual name – “Lycurgus Dinsmore Bigger” – that, and I had come across his name while successfully researching and writing an extensive article on a succession of people named “Bigger Head”.

Over five years later it’s evident newspaper research made the difference between an original 1100-word article to a 5000+ word article. I was likely frustrated with the lack of information available at the time, but this so often is the case for genealogists. The old adage “if at first you don’t succeed, try, try again” comes to mind.

Deconstruction (or outright destruction), followed by reconstruction, is a necessary evil for genealogical research. More than merely a “Dash” article this one turned out to be quite an “adventure in research” didn’t it? I hope you enjoyed reading it as much as I enjoyed FINALLY finding the real story of the Bigger family.

I thoroughly enjoyed rewriting the story of the Bigger family and, of course, loved digging around in newspaper archives to discover more about their very interesting lives.  Regarding the “Bigger Head” article referenced above, that one was also refreshed and published in the March-April 2019 issue.  It is included in an article entitled “Genealogically Speaking: Curious Kin” which features stories of some unusually-named people I’ve run across.

The November-December issue is now on sale and features stories about the War of 1812 — one of those forgotten American wars — and how to find records to help us discover more about our ancestors who served.