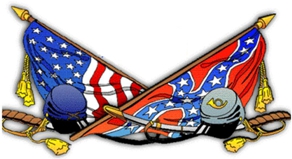 A group of well-to-do young ladies, anxious to do their part for the Southern cause, formed and all-female cavalry unit in 1862, calling themselves the Rhea County Spartans.  These “sidesaddle soldiers” were like many women on both sides of the war who wished with all their hearts they could do something to lend support (if only they were men!).

Instead, these women formed Soldier’s Aid Societies. In fact, some believe that “Spartans” may not have been the original name. On the Rhea County Spartans Facebook page, contributor Tom Robinson points out that many of the same young women were members in 1861 of the Rhea County Soldier’s Aid Society. The name “Spartans” seems a bit militant to me and there’s no evidence these women participated in any military operations, unlike some women (see yesterday’s book review of Liar, Temptress, Soldier, Spy) who actually disguised themselves as men.

More than likely they were influenced by patriotic appeals like this one which appeared in the August 16, 1861 issue of the Athens Post: 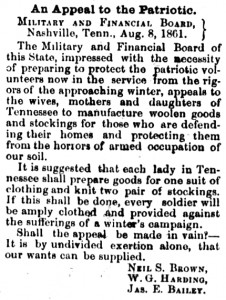 As the story goes, these young women decided to form their own cavalry in Rhea County (pronounce ray), Tennessee to support the Confederate cause. Despite the fact that much of eastern Tennessee was pro-Union, Rhea County chose the other side to rally behind. Following the state’s vote for secession in June of 1861, Rhea County formed seven companies for the Confederate Army and only one for the Union.

According to an account in a 1911 Confederate Veteran article, three Confederate companies had been formed in the area, the third in May of 1862 by Captain W.T. Darwin. That summer these young Rhea County ladies “agreed to meet at certain points in that county and go in squads to visit one of these companies, where some of them had fathers, brothers, or sweethearts.”

Barbara Frances Allen, another member of the Spartans, had three brothers serving with General Lee and one with General J.E. Johnston. Her father was in prison. One of Rhoda Thomison’s brothers had been wounded at Shiloh, another killed at Chickamauga and another served with General Lee.

The Spartans visited family members serving in the vicinity of Rhea County, taking supplies, food and clothing. After the fall of Chattanooga in late 1863, their mission may have changed, although there are no official records which provide specific details. Some historians believe they may have engaged in spying after Union forces moved into their county.

The only sliver of possible evidence that might indicate these women did engage in spying, or at least strongly suspected of doing so, was their arrest in April of 1865 just days before the war ended with Lee’s surrender at Appomattox. Union Captain John P. Walker, disdainful of Southern sympathizers, ordered Lieutenant W.B. Gothard to arrest these “dangerous young ladies”. Gothard marched seven of the Spartans from the Thomison home to Smith’s Crossroads, near Walker’s home, where six more girls joined the prisoner group.

After arriving in Chattanooga, they were marched up to the offices of the provost marshal. When General James B. Steadman was made aware of Walker’s actions he issued a severe reprimand to the captain, believing the bedraggled young ladies presented no threat to the Union. The only requirement for their release was to take an oath of allegiance to the United States. In an article written in 1901 about “Captain” Mary McDonald Sawyers, it was reported that the girls had given Steadman “more than one sample of ‘sass'”. He threatened to send them to Ohio and that’s when they all agreed to take the oath at the urging of “anxious relatives.”

Steadman ordered his adjutant to take them to the Central House and have a sumptuous meal prepared for them. Afterwards they were to be returned to the boat and taken back to Bell’s Landing and escorted home.

By the time they boarded the old boat, word had arrived of General Lee’s surrender. Captain Walker was to escort the young women back to their homes, but he ignored Steadman’s order. Instead, he left them at the landing and the ladies, on their own, made their way back to Rhea County to reunite with their families. 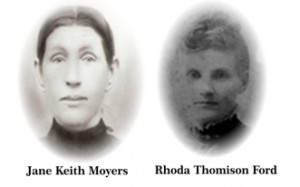 The Spartans disbanded and returned to their more traditional roles as young ladies of the Victorian Age, marrying and raising their children. Although their story faded with the passing of time, history records the Rhea County Spartans were the only female cavalry unit, unofficial though they were, to have served in the Civil War.