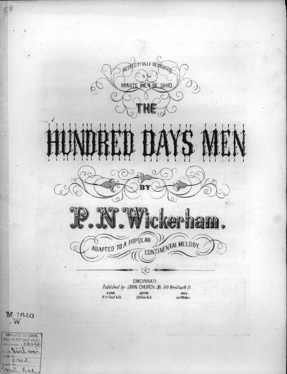 By 1864 it was becoming increasingly more difficult to conscript enough able-bodied men to fight for either the North or South.  Before the war began in early April of 1861, the United States Army had around 16,400 officers and men.  On April 9, 1861 a call was made for the District of Columbia to muster ten companies of militia.  There was some resistance as evidenced by one company of 100 men: two officers, one sergeant, one corporal, one musician and ten privates refused to muster.

This article is no longer available for free at this site. It was re-written and enhanced, complete with footnotes and sources and has been published in the April 2018 issue of Digging History Magazine.  Should you prefer to purchase the article only, contact me for more information.