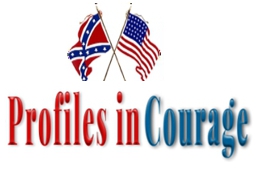 When I decided to feature a Civil War theme for the April issue of Digging History Magazine, I knew I needed to find two compelling stories of men who fought on opposite sides.  While researching stories for the March issue related to the Zimpelman family (“Who Were You Roy Simpleman?” and “Feuding and Fighting:  The El Paso Salt War”), I decided the character I would feature to represent the Confederacy was George Bernhard Zimpelman, a German-born Texan.  What I didn’t fully realize was just how valiantly he served.

I also looked for a Union soldier to feature and found the riveting story of Francis Jefferson Coates.  He grew up as a Wisconsin farm boy and joined the much-heralded “Iron Brigade”, an amalgamation of hard-scrabble farmers and lumberman of Wisconsin.  After being wounded at South Mountain he was promoted to corporal and later sergeant, about four months before Gettysburg.  Gettysburg would be his last military battle, but not his final life challenge.

Two different backgrounds, two brave soldiers, two powerful stories.  The April issue is available on sale as a single issue, or start a subscription of any length (3-month, 6-month or one year) and receive it as your first issue.