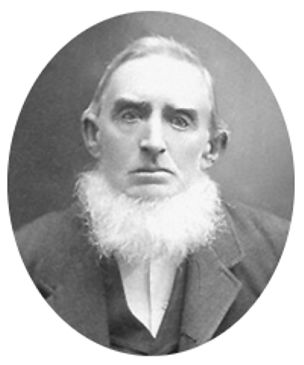 Baron de Kalb made his first visit to America in 1768 at the request of France’s foreign minister de Choiseul, a covert mission to find out what was really happening at that volatile time before the Revolutionary War.  He returned in 1777 with Marquis de Lafayette and joined the Continental Army with the rank of Major General.

His dedication to the patriot cause was evident as he spent the winter that year at Valley Forge with Washington and Lafayette. De Kalb was later sent south to the Carolinas, although during the patriot defeat at the Battle of Camden was not in command. During that battle, De Kalb’s horse was shot from under him, causing him to fall to the ground. British soldiers shot him three times and stabbed him with a bayonet.

De Kalb and his aide Lieutenant Colonel Du Buysson were taken prisoners, yet the British officer tended to De Kalb’s wounds. Just before he died, de Kalb extended his hand in gratitude and said to the officer, “I thank you for your generous sympathy, but I died the death I always prayed for: the death of a soldier fighting for the rights of man.” Years later George Washington visited Camden and asked to see de Kalb’s grave. After viewing the grave for some time, Washington exclaimed, “So, there lies the brave De Kalb; the generous stranger who came from a distant land to fight our battles, and to water with his blood the tree of our liberty. Would to God he had lived to share its fruits!”1

It seems likely that the son of David and Priscilla Stansell was named for this brave Frenchman and Revolutionary War hero. Baron remained in his father’s household until he married Caroline Jane “Carrie” Pritchard on May 9, 1861. The Civil War had just begun and the 1st Georgia Infantry Regiment had been formed in April in Macon. It’s unclear as to when Baron enlisted but his first child, Joshua Calvin, was born in 1862. 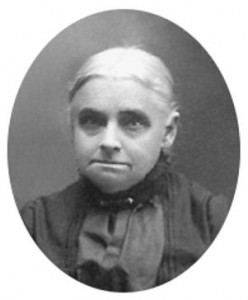 It appears that Private Baron Stansell was engaged in the Battle of Atlanta while serving in Company K of the 1st Georgia Infantry, since records indicate he was captured near there on August 7, 1864. He was first housed in a Union prison camp in Louisville, Kentucky then transferred to Camp Chase in Ohio. On March 18, 1865 he was transferred to Point Lookout, Maryland. When the war ended a few weeks later, he was released with other prisoners of war who eventually found their way home.

In 1885 the Stansells left Cobb County and made their way to Cisco, Eastland County, Texas where they remained the rest of their lives. It appears that Carrie’s family (Pritchard) either came with them or were already in Texas because Baron was involved somehow (referred to as “B.D. Stansell”) in a case before the Texas State Supreme Court in October of 1886.

By 1900 their two youngest daughters and two youngest sons remained in their household. Carrie passed away on February 25, 1907 and three years later Ida, James and William were still residing with Baron, who still farmed at the age of seventy-six. The following year on June 10, 1911, Baron DeKalb Stansell passed away and was buried alongside Carrie in Cisco’s Oakwood Cemetery.

Most of their children remained in Cisco, but three married and moved elsewhere. Of interest to me were daughters Sarah (“Sallie”) and Lillian who migrated to West Texas and eastern New Mexico. Sarah married Richard Thomas Shields and was living near Petersburg, Texas when she died in 1925.2 Lillian married Luther Carmichael and they moved to Roosevelt County, New Mexico. After her children began attending Texas Technological College, Lillian maintained a second home in Lubbock to be near them. Following her husband’s death in 1930 she continued to manage their ranch in New Mexico, but retired in Lubbock where she died in 1962.3