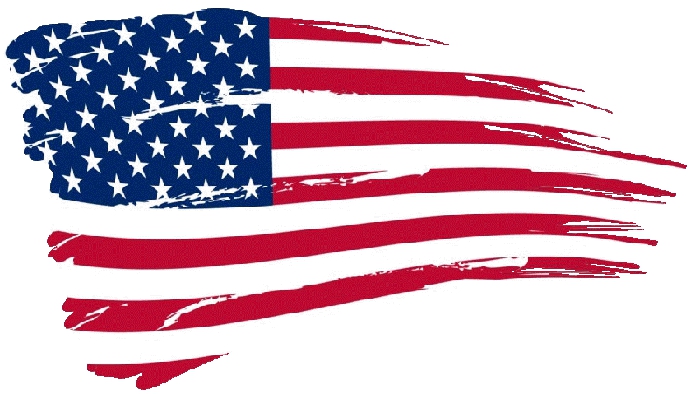 November is the month we celebrate Veterans Day and it’s also National Native American Heritage Month.  In honor of those designations and Military History Monday, today’s article will honor the Native American code talkers of World War I.

The first thing to be noted is these Native American soldiers were not officially United States citizens at the time, nor were they allowed to vote, yet they served honorably and with distinction.  According to research conducted by the Smithsonian Museum of the American Indian, over twelve thousand Native Americans, representing about one-fourth of the entire male population of American Indians at that time, were serving their country during World War I.

The United States reluctantly entered the war in April of 1917. Throughout the war, the Germans had been able to break radio codes being transmitted from the other side. With secret codes being broken, runners between companies were used, but that didn’t work very well either because they were subject to German capture.

According to Bishinik, the official publication of The Choctaw Nation, near the end of the war a group of Oklahoma Choctaws serving in the 141st and 142nd Infantry were called upon to help the American Expeditionary Force win several battles in the Mousse-Argonne campaign. One day a captain walking around the camp overheard Solomon Lewis and Mitchell Bobb talking in their native language.

He took Corporal Lewis aside and asked how many more Choctaw were serving in their battalion. Lewis and Bobb were asked to send a message in their native language to Ben Carterby, another Choctaw soldier stationed at headquarters. Upon receiving the message, Carterby translated it and delivered it in English to the commander – a successful secret transmission, undecipherable by the enemy.

Just hours later, eight men fluent in the Choctaw language were shifted around so that at least one of them was stationed in each field company headquarters. Messages were also written in Choctaw and delivered by runners between the companies. The strategy worked and within twenty-four hours the tide had turned in favor of American forces. The new American code had accomplished its goal – confound and confuse the Germans. 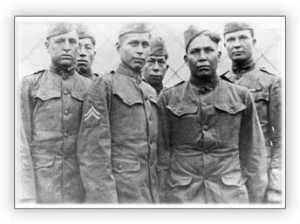 After their initial success, another eleven Choctaw Code talkers were pressed into service. The list of all Choctaw Code Talkers is as follows:

You can read more about their service here. Look for an article next week on Tombstone Tuesday (also Veterans Day) honoring Joseph Oklahombi. 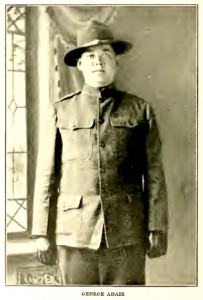 Cherokees serving in the 36th Infantry Division were also pressed into telephone service, tasked with the same mission – confound the enemy. One Cherokee soldier in particular, George Adair, was intensely patriotic and proud to serve.

George could trace his roots back to a Scottish ancestor by the name of James Adair. According to History of the Cherokee Indians and Their Legends and Folk Lore, he counted “this service among the proudest days of his life, for was he not fighting shoulder to shoulder with his kilted kinsmen of Scotland.”

In 1924 Congress granted United States citizenship to all Native Americans. For years, identities were kept secret, but in 2002 long overdue honors and recognition were accorded to all Native American code talkers of both World War I and II. Although many had passed away by that time, we still honor their service to our country. God Bless them all and God Bless America!