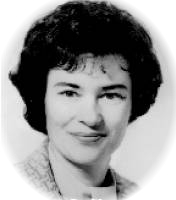 Today’s “mother of invention” article features another “parent-friendly” product (last week it was disposable diapers).  As you will see, she could also be characterized as a “feisty female”.

Patsy O’Connell Sherman was born on September 15, 1930 in Minneapolis, Minnesota to parents James and Edna O’Connell.  During her high school years, Patsy took an aptitude test which showed her best career choice would that of housewife.  In that day, how many young women do you think received that same recommendation?  Patsy, however, refused to accept that result and demanded to take the boy’s aptitude test.

According to the Minnesota Science and Technology Hall of Fame, she wanted to attend college but certainly didn’t want to spend all that time and money educating herself only to become a housewife. The aptitude test for boys revealed a much different career path – she would be well-suited to be either a dentist or a scientist.

In 1952 Patsy graduated from Gustavus Adolphus College with a Bachelor of Science degree in chemistry and mathematics – and the first female attending the school to do so. As an example of how things have drastically changed, after graduating Patsy took a “temp job” at Minnesota-based 3M Corporation. She was contracted to assist in developing a new type of fuel line for jet aircraft through the use of fluorochemicals. The reason her job was considered temporary? At that time women hired to work in laboratories were considered temporary employees, assuming they would leave to get married and have a family.

In 1953 while working on the fuel line project, a lab assistant spilled some of the chemicals she had been experimenting with on her white canvas shoes. Attempts to clean off the spilled drops were unsuccessful, but she noticed that later the area where the chemicals had spilled were clean while other parts of her shoes where dirty.

She and fellow scientist Samuel Smith worked together and on April 13, 1971 received approval for United States Patent 3574791 for “invention of block and graft copolymers containing water-solvatable polar groups and fluoroaliphatic groups.” The fluorochemical polymer that Patsy and Samuel developed was marketed by 3M under the trademark name of Scotchgard™. Development of their invention presented another challenge for Patsy, however – at that time women weren’t allowed to be inside the textile mill where performance tests were conducted.

3M continued to develop the Scotchgard™ line of products and Patsy received sixteen other patents, sharing thirteen of them with Samuel Smith. Patsy was the first person to develop an “optical brightener” – something that gave detergent manufacturers the right to boast that clothes washed in their product would be “whiter than white.”

Patsy O’Connell married Hubert Sherman and had children, but she defied the “norm” and remained at 3M her entire career. By the time she retired in 1992, she had advanced through the ranks and was manager of technical development. She received several prestigious honors throughout her career and beyond, including induction into 3M’s Carlton Society (1974) which honors the company’s best scientists, the Minnesota Inventors Hall of Fame (1989) and the National Inventors Hall of Fame (2001).

Her husband died in 1996 and Patsy died on February 11, 2008. She apparently passed on her love of science to her two daughters – one is a chemist at 3M and the other a biologist. Patsy Sherman, the “accidental inventor” once remarked:

You can encourage and teach young people to observe, to ask questions when unexpected things happen. You can teach yourself not to ignore the unanticipated. Just think of all the great inventions that have come through serendipity, such as Alexander Fleming’s discovery of penicillin, and just noticing something no one conceived of before.