Digging History December 2018 <p>It’s December . . . another month of special remembrance . . .</p><ul><li><em>The Rise and Demise of the Orphan Home in America</em>.  In the early nineteenth century the new republic of America and its societal norms were rapidly changing as westward migration intensified following the Revolutionary War. Asylums to address the ills of society sprang up.</li><li><em>Place Out:  The Orphan Train Era (1854-1929)</em>.  Caring for wayward children wasn’t the original plan Charles Loring Brace had in mind for his life’s work. Born into a prominent Connecticut family on June 19, 1826, Charles was home-schooled by his father John. At the time of Charles’ birth John was principal of Litchfield Academy and later a female seminary in Hartford. Following the completion of his primary education in 1842 Charles entered Yale University, graduating in 1846.</li><li><em>Essential Tools for the Successful Family Researcher</em>.  One of the more difficult aspects of genealogical research is locating missing children in census records, especially if they were orphaned by the death of one or both parents. Some children went to live with other family members, while others were sent away to an orphanage or perhaps struck out on their own for parts unknown. It may very well take some out-of-the-box thinking to find them.</li><li><em>Arizona and its “Christmas-y” Ghost Towns</em>.  While there are places in Arizona where it gets cold and snowy in the winter, we might not expect the desert state of Arizona, with its hot and dry climate, to be home to formerly-inhabited towns with Christmas-y names. Two were mining towns and the other a real estate scheme which never quite worked out as planned.</li><li><em>Remembering Pearl Harbor.</em>  December 10, 1941. The United States, only one day following President Roosevelt’s declaration of war, had already scored a significant victory in the Philippines where direct hits had destroyed three Japanese ships. Efforts to defend the homeland were already in process as farmers were asked to inspect their equipment and order parts before production of war machinery made them scarce.</li><li>and more</li></ul>
$3.99 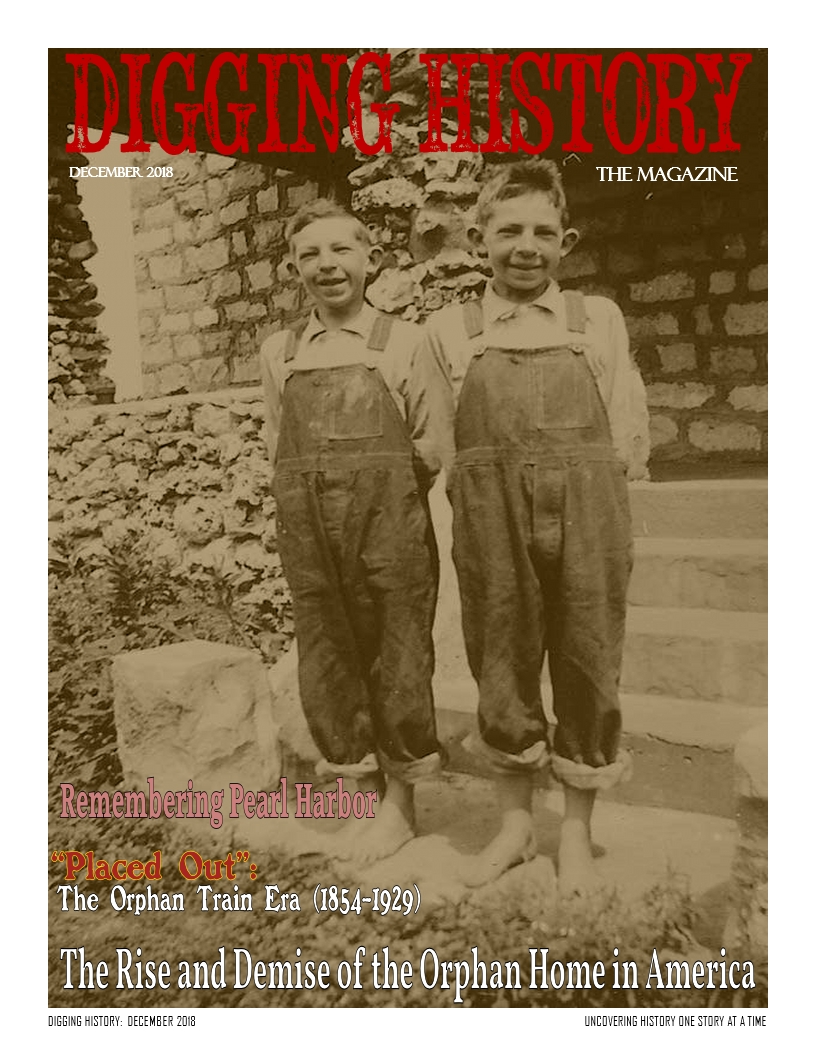 Add a review for December 2018