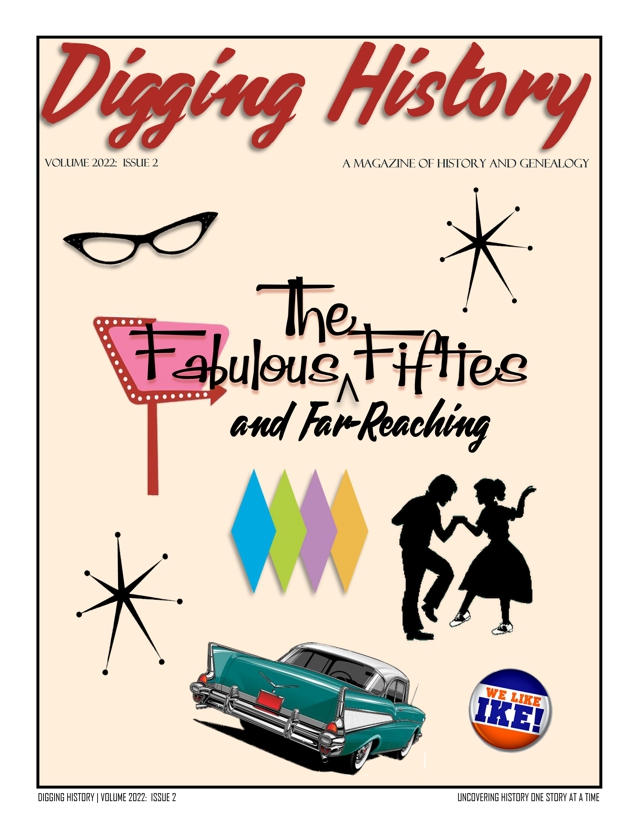 This issue is Part 1 of a series featuring the 1950s (in honor of the 1950 Census, recently released). Most of this issue covers the first five years of the decade: 1950-1954 in an extensive article entitled “The Fabulous (and Far-Reaching) Fifties”.

I have thoroughly enjoyed researching and writing this issue. I assumed I knew a lot about the 1950s, but found I didn’t know nearly as much as I thought I did! What a fascinating (fabulous and far-reaching) decade it was. I hope you find it informative as well.