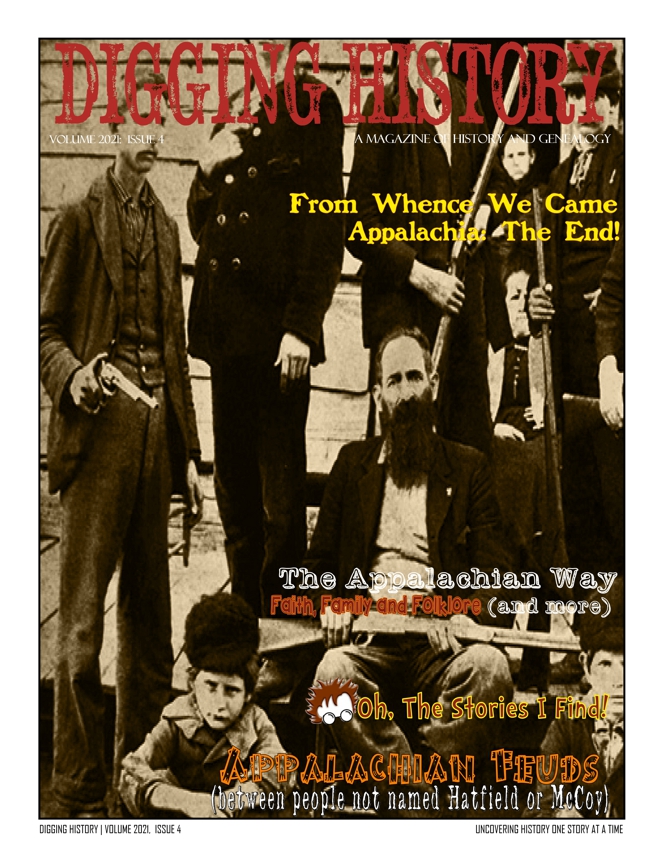 This issues closes out the "From Whence We Came: Appalachia" series with a wrap-up of some of the stories which didn't make it in the first three issues which covered Appalachian regions of Kentucky, Tennessee, North and South Carolina, West Virginia, Virginia, Georgia and Alabama.  It's been an interesting series and you can find the three previous issues in the Magazine Store.

Articles featured in this issue include: