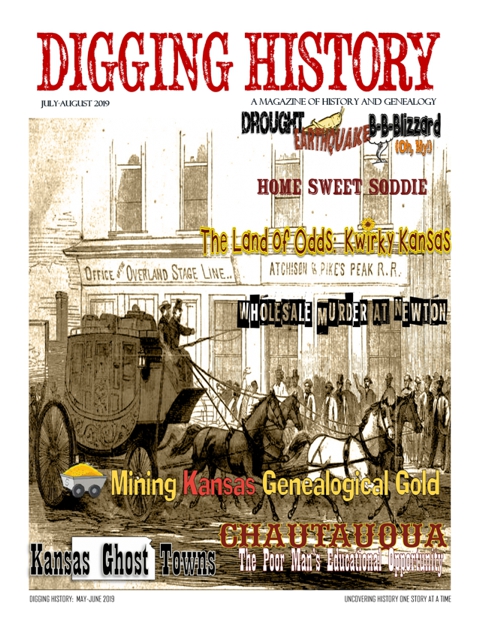 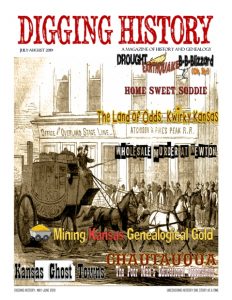 The July-August issue of Digging History Magazine features several articles about the great state of Kansas (and it’s the biggest issue yet with 100+ pages, just stories and no ads):

This issue is available by single issue purchase here:  July-August 2019 Issue OR by subscription (pay online or by check):  Subscribe Online or By Check