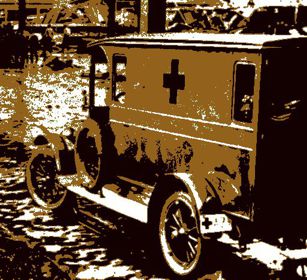 Boston, Massachusetts inarguably holds a revered place in American history. The city is home to numerous buildings, locations and historical markers recalling seminal events of our history as a nation. Yet, one plaque commemorating a strange and now mostly forgotten event is the subject of this first article of 2019. Why this story? A century later, in retrospect, it now seems to have portended one of the most volatile years in American history. In an attempt to chronicle the disaster – its causes and consequences – Stephen Puleo, author of Dark Tide: The Great Boston Molasses Flood of 1919, posits:

. . . the real power of the molasses flood story is what it exemplifies and represents, not just to Boston but to America. Nearly every watershed issue the country was dealing with at the time – immigration, anarchists, World War I, Prohibition, the relationship between labor and Big Business, and between the people and their government – also played a part in the decade-long story of the molasses flood. To understand the flood is to understand America of the early twentieth century.

And so, this is the first in a series of 2019 articles recalling the tumultuous year that was 1919 – and how it changed America forever.

A rumble, a hiss …. or was it a boom and a swish? Headlines trumpeting the strange, sticky, deadly disaster initially implied it was an explosion. Lawyers for United States Industrial Alcohol (USIA), parent company of Purity Distilling Company, would incessantly claim it was an explosion set off by “evilly disposed persons”. Explosion or not, the event occurring on January 15, 1919 made sure the word “molasses” remained in Boston newspapers for months to come – years, actually – as court proceedings would eventually be drawn out into the longest case in Massachusetts history.

The rest of this extensive article (complete with footnotes and sources) is featured in the January-February issue of Digging History Magazine.  On sale in the magazine store, or start a subscription (three budget-minded options) and never miss an issue!