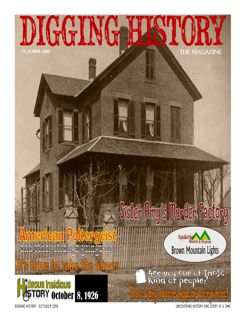 It’s October and everyone thinks Halloween . . . spooky stuff, you know?  This month’s issue goes right along with that theme:

Affordable subscription options available here.  Note that the 3-month, 6-month and one year subscriptions now come with a 30-day trial.