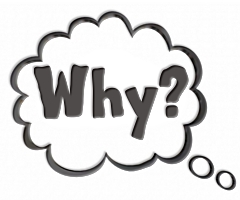 I’ve been thinking lately about why I take the time to write and publish Digging History Magazine every month.  Yes, I have subscribers and thus I must write!  I also want to continue writing (which entails a lot of digging and a lot of work!) because I’m finding it’s not only a good discipline, it makes me a better researcher for clients who hire me to find their ancestors.

Case in point:  The July issue included an extensively researched article about a long-forgotten event in early American history, the so-called Mecklenburg Declaration of Independence.  I stumbled upon this document and its premise while conducting ancestry research for a client about a year ago.  I made a mental note — that would make a great article!  Little did I know just how beneficial it would be.  While conducting a short research project for a client this past week I was studying a Revolutionary War record, a list of soldiers who were members of the North Carolina Rangers.

In addition to spotting a possible ancestor of the client’s, I observed a couple of other surnames which just might lead to clues as well.  I recognized the surnames of Davidson and Brevard, two names prominent in Mecklenburg County and surrounding areas during the Revolutionary War — not to mention a possible association with the Mecklenburg Declaration of Independence.  Other researchers had placed my client’s ancestor farther west in Buncombe County, which by the way wasn’t organized until 1791.  Many trees on Ancestry.com have perpetuated this for so long that I now consider it a brick wall which needs to be bulldozed in order to find another path to discovering the real story.

For those who think ancestry research is easy because they can just copy from other trees on Ancestry.com (or any number of other sites), think again.  Genealogical research is not for the faint of heart and it should never rely on the “research” of others unless they have provided adequate (and credible) sources.  In the case of my client, his distant cousin seemed to be guessing at best, or had copied (and thus perpetuated) a research myth about this potential ancestor.  Based on studying the Revolutionary War record I already have alternative theories for finding the real story — theories which I have formulated based in part on researching and writing the article about Mecklenburg.

And, you know what?  I hope those who take the time to read Digging History Magazine become better researchers as well, or even just more informed about history and how our world has been influenced (good and bad) by the people and events we write about each month.  Are you a subscriber?  No?  Would you like to try an issue before deciding?

Receiving a free issue is easy.  Just go to the magazine site and scroll to the bottom of any page and find the “Subscribe to the Blog via Email” box.  Type your email and subscribe and a free issue will soon be on its way to your inbox!  Subscriptions are eashttps://digging-history.com/digging-history-magazine-subscription/y to purchase and available in varying lengths depending on your budget:  month-to-month, 3-month, 6-month and one year.