Galveston: Ellis Island of Texas and the Storm That Changed Everything 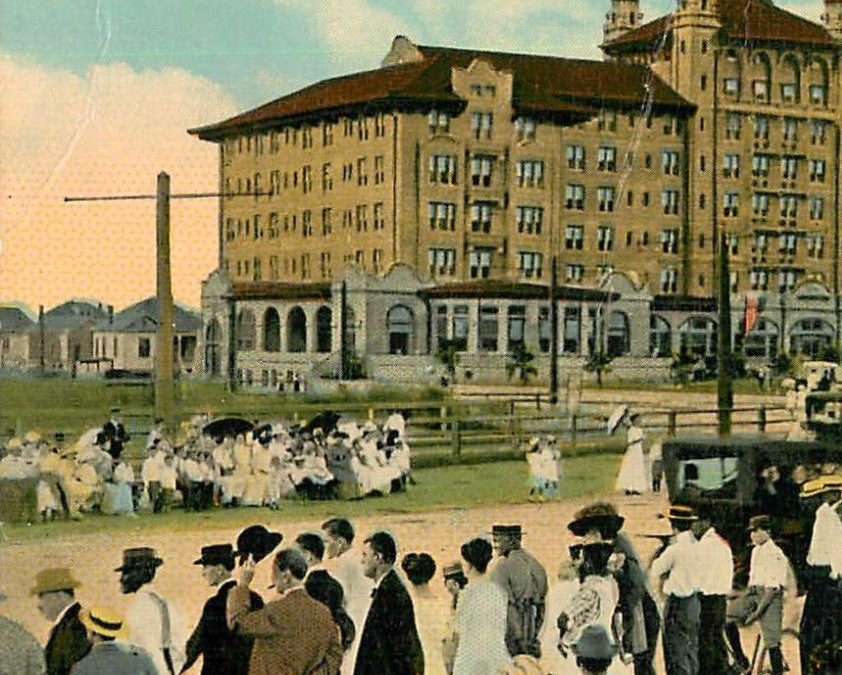 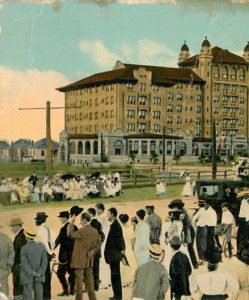 Here are some excerpts from the March issue of Digging History Magazine.  It’s packed with stories, beginning with a series of articles on Galveston, Texas:

So much emphasis has been placed on Ellis Island, and certainly thousands of immigrants passed through there (as well as other ports like Baltimore and Philadelphia).  However, many immigrants actually came through Gulf of Mexico ports like New Orleans and Galveston.  If immigrants were headed for the American Midwest states and territories of Kansas, Missouri and Nebraska, Galveston landed them hundreds of miles closer to their destination than arriving at an Atlantic port.

The first residents of the island weren’t the most welcoming. One historian called the Karankawas, whose presence on the island dates back to the 1400s, a “remarkably antisocial tribe”.  Although thought to have been cannibalistic, evidence seems to indicate that is probably not true.

Between 1817 and 1821 it was home to Jean Lafitte and his band of pirates. Following their departure the Port of Galveston was established as a small trading post in 1825. By 1835 it was the home port of the Texas Navy.

Norwegian and Swedish immigrants began arriving in Texas in the 1830s and 1840s, some over land and some making entry at Galveston. Most notably during this same time period, large groups of German immigrants also arrived in the port.

By the late nineteenth century and early twentieth Galveston had become a cosmopolitan gateway city.  What happened to the city in early September 1900 would change everything, however.  A storm which had been birthed thousands of miles away along the western coast of Africa was about to impact the Gulf of Mexico, something Isaac Cline, Galveston’s resident meteorologist, had stated nine years earlier could never happen.  How wrong he was.

Thousands of tourists were on the beach, restaurants were full and a massive storm was about to wipe out much of the beach city of Galveston.

Even today no one seems sure just how many people died, except to say that it was the most disastrous hurricane in history – estimates range from six to eight thousand fatalities. Cora’s body was later found on September 30 underneath the very wreckage that Isaac, his daughters and Joseph clung to during the height of the storm. Her body was identified by her wedding ring. Among the dead were ten nuns and ninety children of the St. Mary’s Orphans Asylum.

By the following day, headlines across the country began to report the tragedy, albeit having somewhat sketchy details to report since Galveston’s communication lines had been severed in the midst of the storm. Survivors were met with horrible conditions in the aftermath. Corpses of both humans and animals were strewn about everywhere. Early on Monday, September 10, efforts were underway to try and bury the humans. City officials, however, abandoned that plan – there were simply too many bodies. By Monday afternoon they were planning to have a mass burial at sea.

The bodies would have weights attached and transported out into the Gulf on barges. This was a gruesome task, to say the least, and to entice men to carry it out the city offered free whiskey. Enough men signed up, but after becoming exceedingly drunk, were incapable of securing the weights properly, causing hundreds of bodies to wash back up on the beach on Tuesday morning. The only option left was to burn the bodies. The smell of burning flesh and plumes of smoke hung in the air for several weeks.

The Galveston hurricane notwithstanding, Isaac Cline had witnessed some unusual weather events during his career.  Probably the most unusual one sounds like a far-fetched tall Texas fish tale — how it happened and why it happened were astonishingly true, however.

Isaac Cline had witnessed some unusual weather events during his lifetime. Following his graduation from medical school in March of 1885 Cline was assigned to the weather station at Fort Concho near San Angelo, Texas. Weather was what he was always interested in apparently, yet he received a medical degree to claim a scientific background. Instead, he surmised he could study weather and its affects on people, thus welding the two disciplines.

Isaac must have thought he’d arrived in hell. The landscape was largely barren and it was hotter than Hades during the summer months. The Concho River was dry during this particular season of the year. Yet, one evening in August as Isaac was strolling along, crossing the bridge over the river, he was startled to hear a distant roar. Was it thunder? No, but it wasn’t long before he saw with his own eyes where it was coming from.