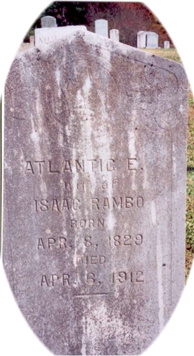 Most of their children had somewhat “normal” names like Andrew, George and Mary, but for some reason they blessed two of their daughters with middle names of the Atlantic and Pacific Oceans.  Elizabeth was obviously named after her mother.  Barbary, according to will records, appears to have been a family name (her grandmother was named either Barbara or Barbary).

This article has been removed from the free side of the site.  It has been significantly updated with new research and featured in the March-April 2019 issue of Digging History Magazine.  Purchase the issue here or contact me to purchase a copy of the article only.